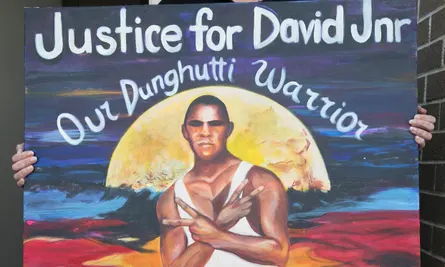 We are excited to announce a victory for Justice Action. This year we have worked hard on lobbying for a national database into deaths in custody. AusTLii, the Australiasian Legal Information Institute, will now receive funding from the public sector bridges program for the National Free Access Coronial Findings, Recommendations & Responses. In addition, the database will receive funding from UNSW, UTS and Curtin.

David Dungay was killed in the Long Bay Prison Hospital in 2015. He was held down onto his stomach by a six-member Immediate Action Team with knees on his back. His repetition of the words, “I can’t breathe,” echoes the cries of George Floyd and defines the callous approach taken by some authorities with coercive power. He was restrained with a technique known as the prone position, a position which had already been identified as fatally dangerous following the 2009 death of Robert Plasto-Lehner in the Northern Territory. Recommendations by Coroners to stop that form of restraint were never sent to authorities in other jurisdictions, so the deadly practice has continued with no change in training.

In discharging their duties, the Coroner bears the obligation to prevent further deaths from occurring. At present, the Coroner makes recommendations for reform which are distributed to the affected authorities in their state. These reports are made available on separate coronial databases. The inclusion of government responses varies, with Queensland being the only state that specifies whether a response was required.

The current coronial systems across all Australian Jurisdictions have presented a wide range of gaps in the collation, accessibility, dissemination and response by affected authorities of coronial reports. The implementation of nationwide free access to coronial findings, recommendations and responses will undoubtedly improve research. This project will also provide a broader impact by centralising coronial and legal information regarding deaths in custody which will improve upon current coronial investigations and responses into both findings and recommendations.

Justice Action has advocated for the implementation of an accessible national database. Six months ago we created a petition which received over 55,000 signatures supporting our call for the implementation of a national database of coronial findings. We received support on this from both Croakey, an organisation funded by national peak bodies for health including the Public Health Association of Australia, and the ABC. Croakey published an article of support stating:

“A proposal for a national clearinghouse of all findings and recommendations from coronial and other formal inquiries into deaths in custody, has real merit.”

From this support we were able to participate in interviews regarding the issues addressed by our proposal, and the relevant Long Bay Prison protests. ABC quoted us online on June 8th, and on June 9th ABCTV, SBS World News, and MMM presented our interviews.

The implementation of the database will promote accountability among government authorities and address recurring issues that endanger the lives of incarcerated individuals. It is clear that by inducing collective learning, accessible solutions can be developed to prevent needless deaths across Australia.